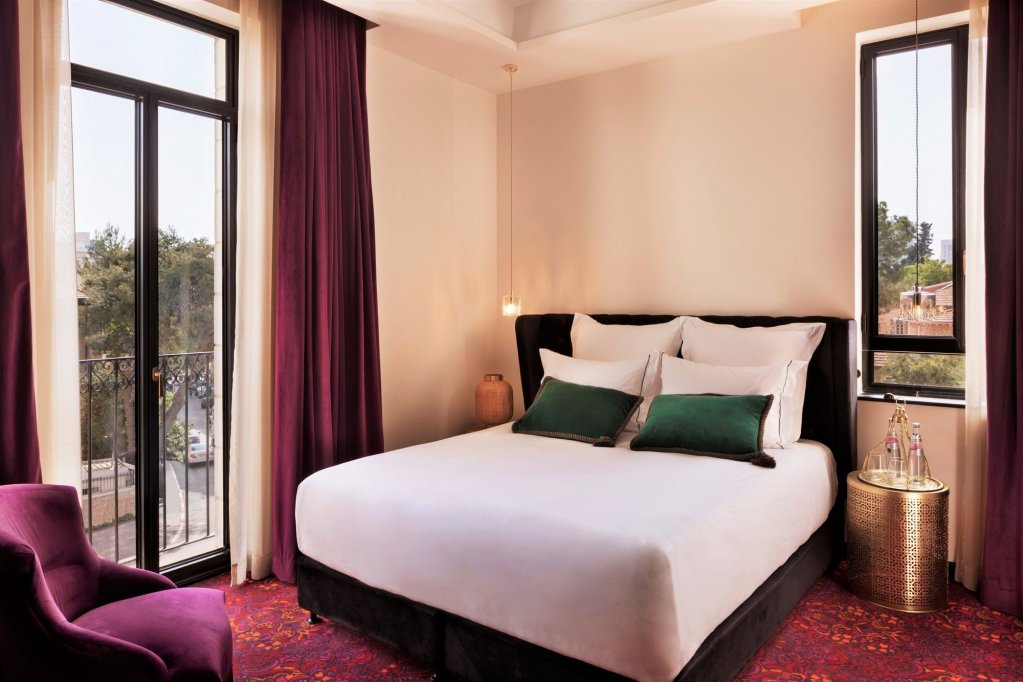 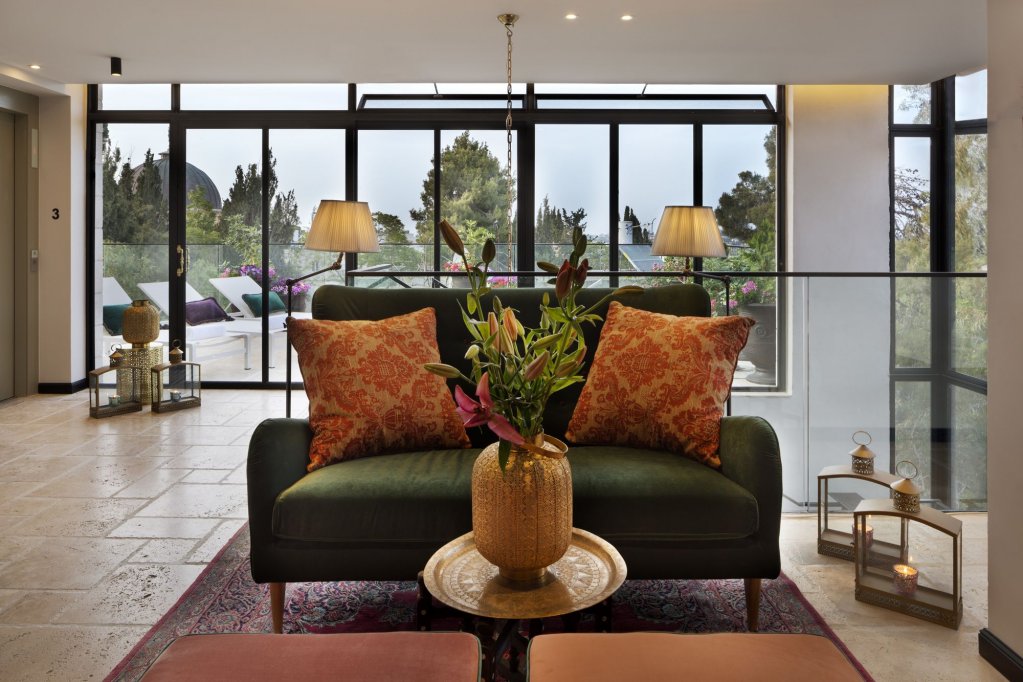 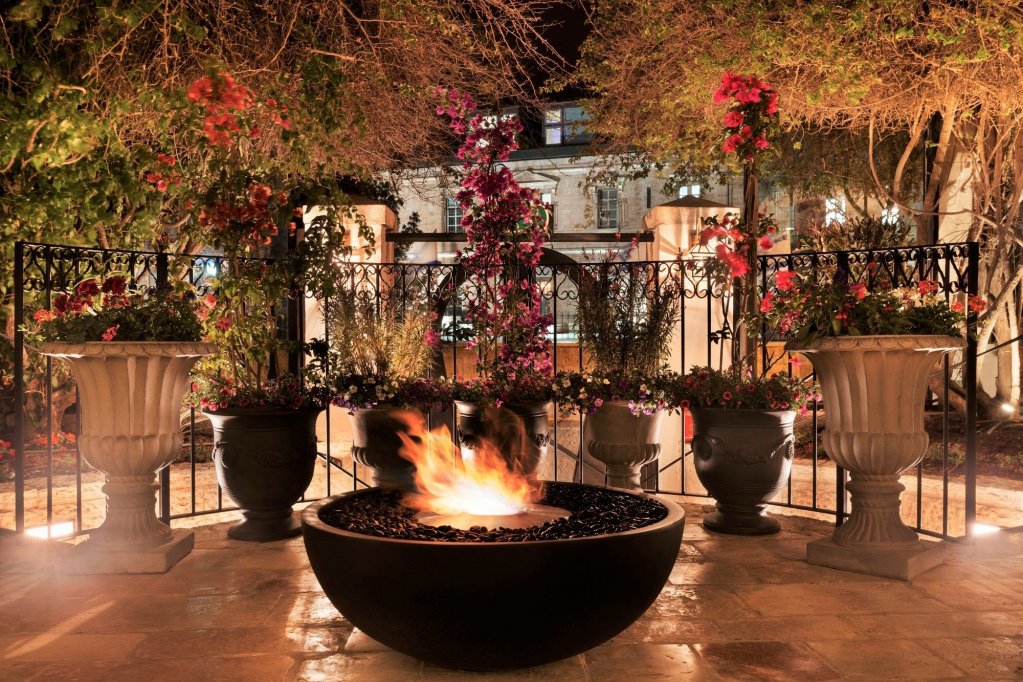 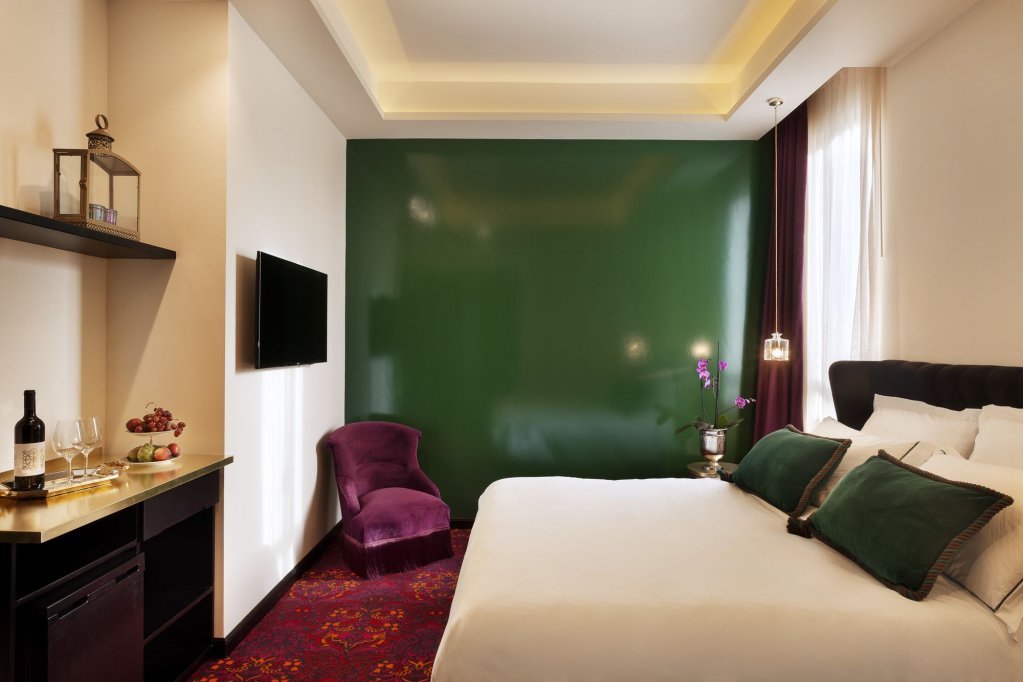 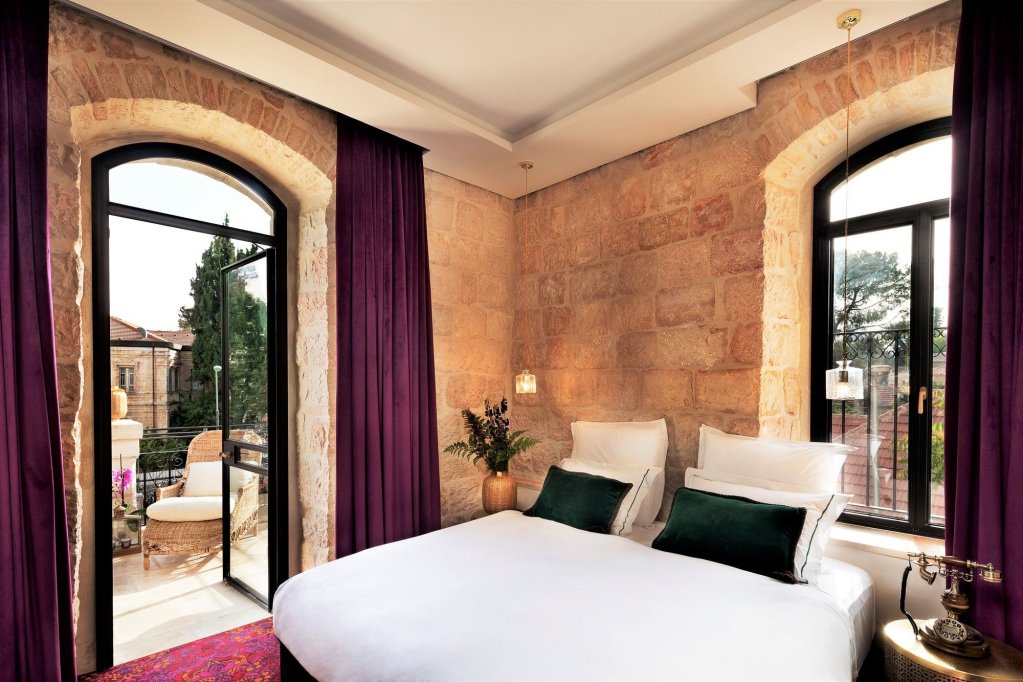 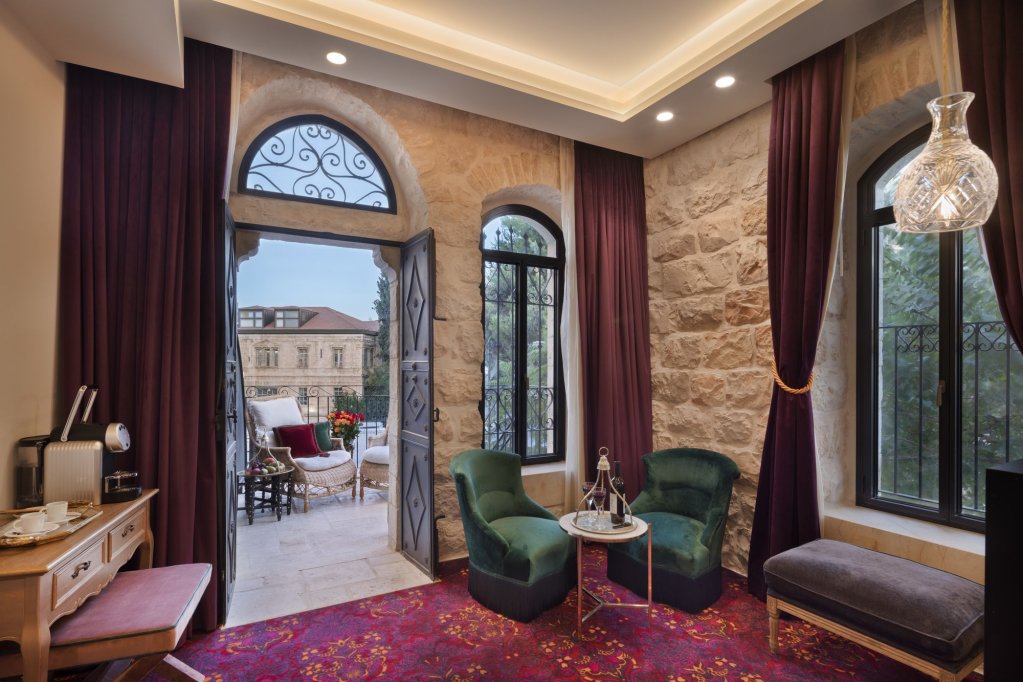 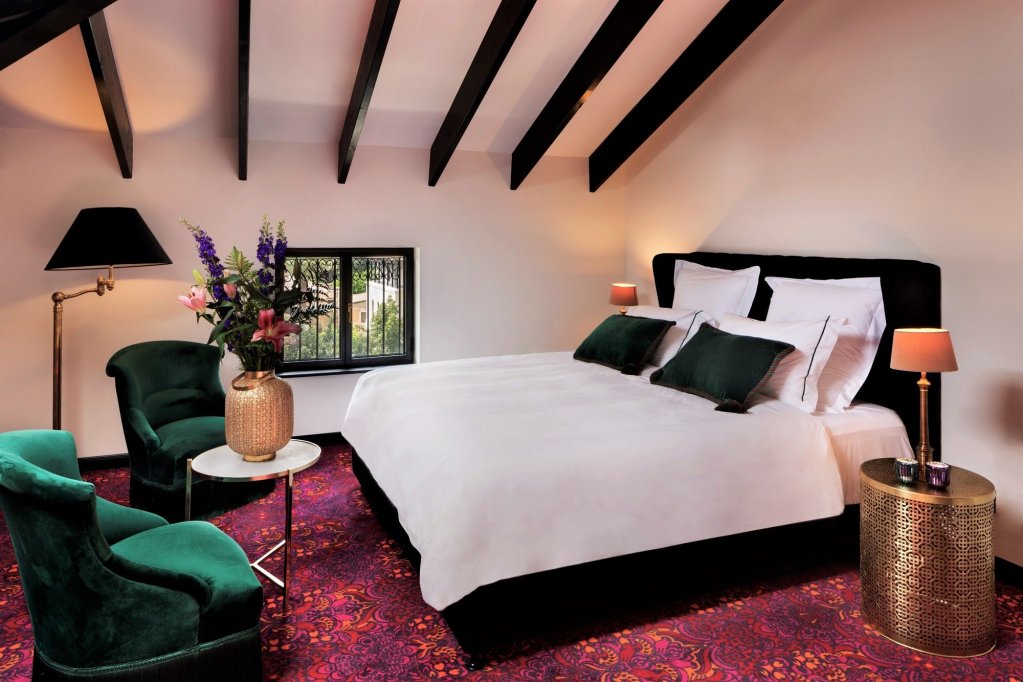 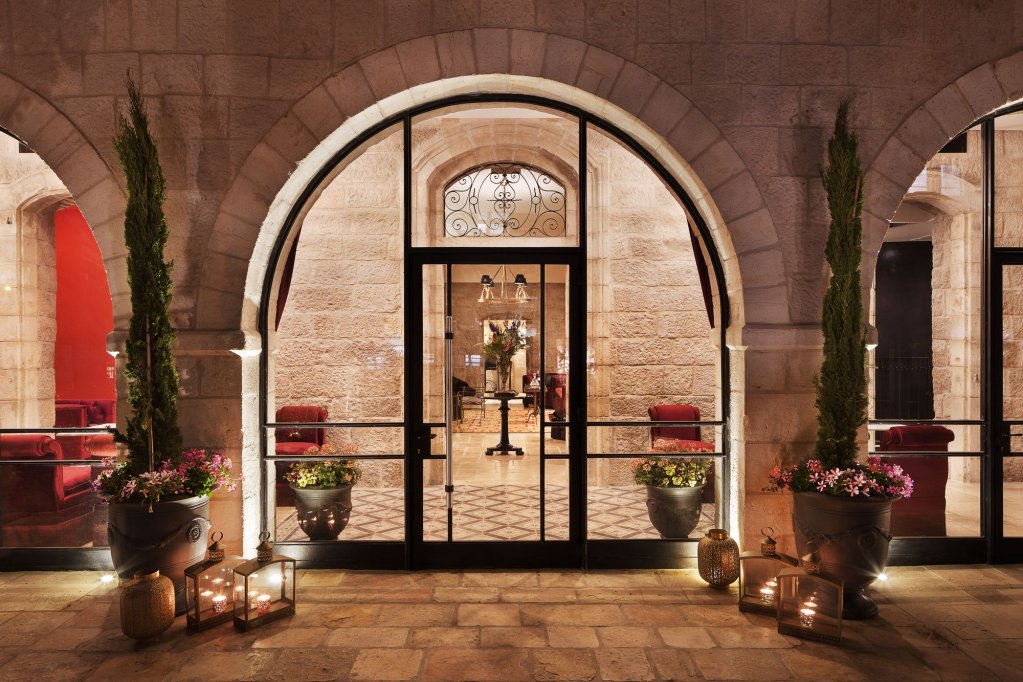 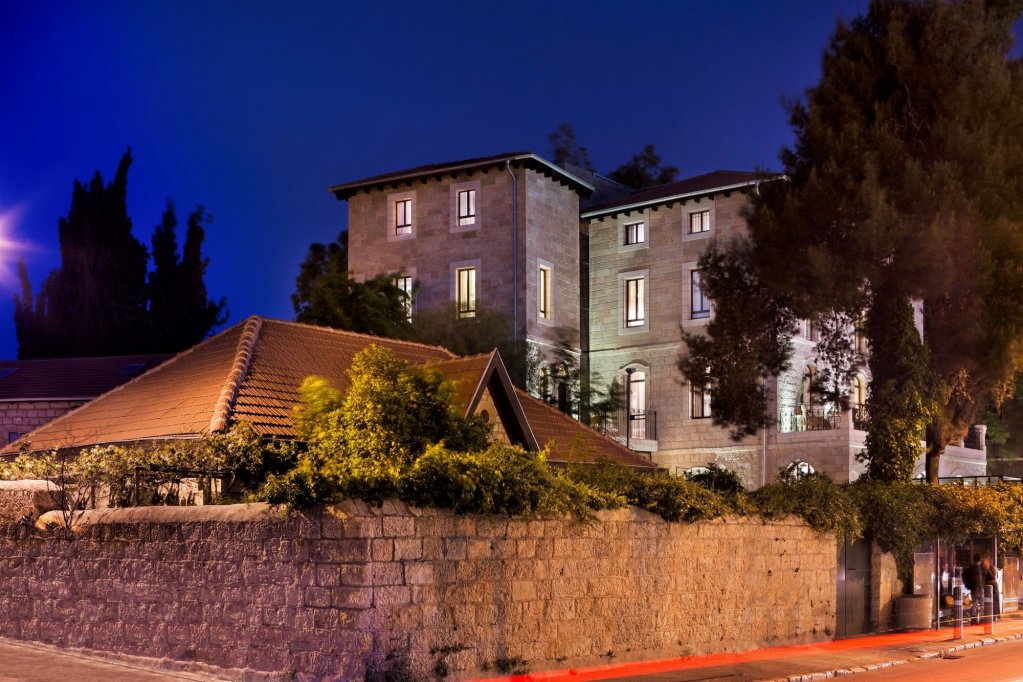 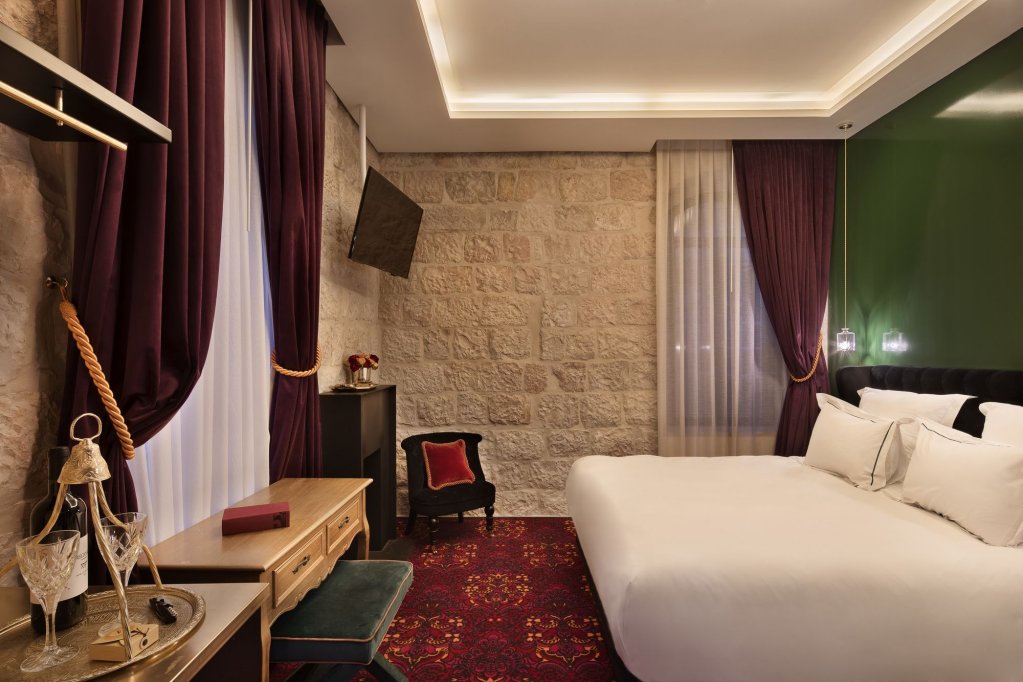 The new Villa Brown Jerusalem hotel brings a new concept in boutique hospitality to the city. Set in a historic villa constructed entirely from the golden stone which Jerusalem is so famous for, the hotel is just steps from the Russian Compound in downtown Jerusalem, on Haneviim Street (Street of the Prophets). The hotel has opened following the two successful Brown Hotels in Tel Aviv – the Brown TLV hotel and Brown Beach House hotel, and is without a doubt be a great and hotly awaited rival to the large hotels which dominate the luxury end of Jerusalem’s accommodation market.

The Brown Jerusalem Hotel fuses rich oriental inspirations with the opulence and signature touches found in Brown’s two other hotels.

The outdoor courtyard features an outdoor fireplace where chestnuts will be roasted during the brisk, sunny Jerusalem winter!

The opulent living room is the center of this hotel, housed in a converted villa. Plush bedroom furnishings give the rooms at Brown Jerusalem a totally unique look and feel. The tea room, leading out onto the terrace and beyond, views of the rich Jerusalem sunsets, makes Brown Jerusalem into one of the city’s hottest hotels, set to rival the large institutions which have dominated the city’s hotel market for so long.

In order to see rates and availability please select dates

Please select ages for all children to continue

If you have any questions about our Villa Brown Jerusalem, please contact us. Our team is standing by and will be happy to help

Israeli tax laws require Israeli citizens to pay VAT (currently 17%). Tourists are exempt from this tax and will be required to show their passports at check-in. This tax is not automatically calculated and must be paid to the property directly.